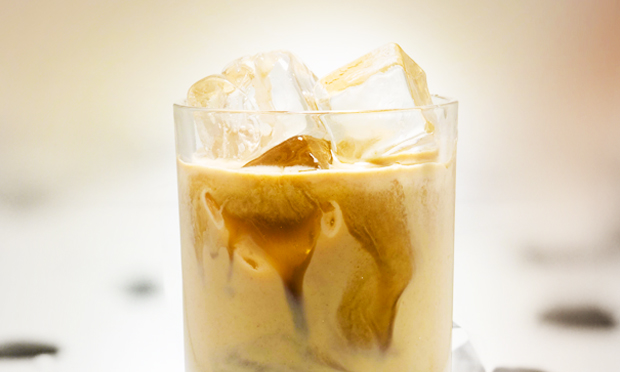 Wake up with a Colombian Colada

Everybody needs a little caffeine boost from time to time after a long day at work, but you don’t have to settle for that boring cup of coffee anymore.  Take out a little insurance this weekend, and whip up a the secret ingredient to this delicious cocktail so you can so can escape any afternoon with this tasty colada. 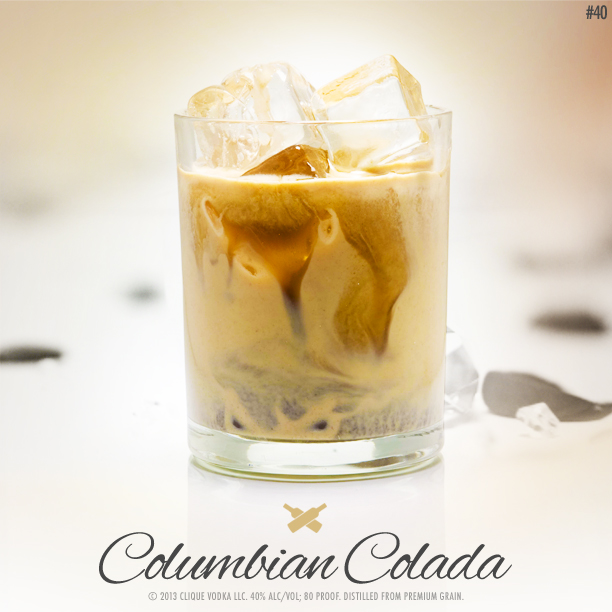 First, brew a pot of coffee 2x stronger than normal (remember- fresh ground beans taste the best!), then stick in the refrigerator. I usually do this in the morning while I make some vanilla syrup, and if I want a cup at the time, I’ll just dilute it with a bit of hot water. For the vanilla infused syrup, bring 1 cup water to a boil, cut the heat and stir in 1 cup sugar until completely dissolved. Throw in 1 vanilla bean, sliced down the middle and spread out for maximum surface area, stir a few times and occasionally while it cools. Funnel it into a bottle and keep in your fridge for up to 2 weeks.

To make a “Colombian Colada:” Add 1 1/4 oz Clique Vodka, 2 oz of the strong coffee, 1/2 oz coconut cream and 1/4 oz vanilla infused simple syrup to a cocktail full of ice. Shake very well, until the cocktail is cold and frothy, then strain it into a short glass with new ice. Â  If on the rocks isn’t your style, just throw everything into a blender to make a frozen version, and be sure to check out some #Cliqueshots while you’re ‘sippin!