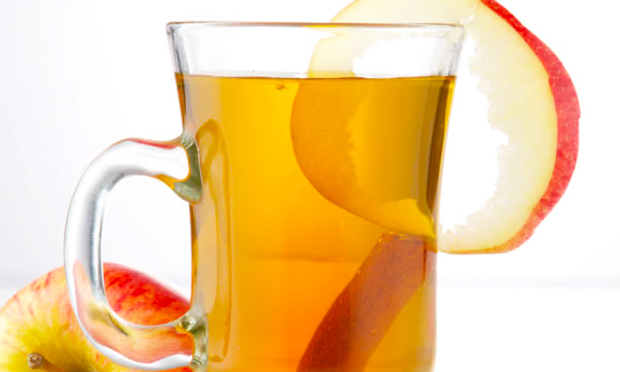 Jump into Fall with this warm “Johnny Appleseed” cocktail!

If you have never warmed up with a hot cup of apple cider on a blustery Fall day- you don’t know what you’re missing. Literally. Why drink warm apple cider all by itself when you can make it into a cocktail?! Warm cocktails are the best when the weather starts to cool down, and nothing makes a Fall cocktail quite like apple cider, so it seems like it’s almost a match made in heaven. I say almost because there are 2 other ingredients to this week’s cocktail tutorial and they definitely deserve some of the credit. Grab some apples get ready to cozy up to a “Johnny Appleseed!” 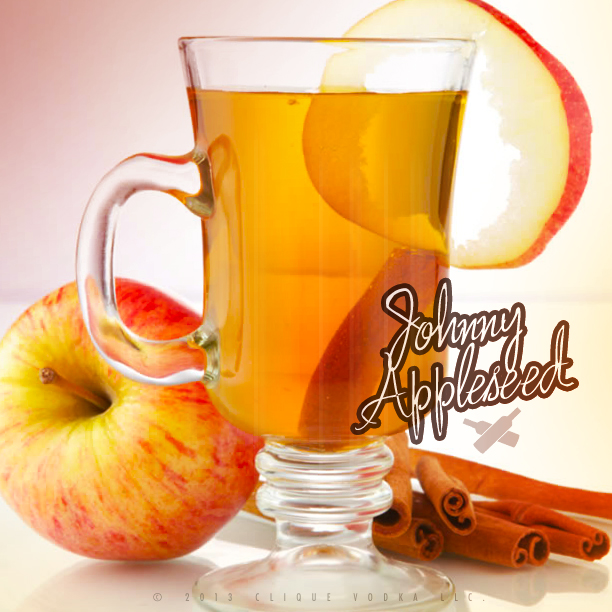 The first ingredient for this applelicious cocktail requires apple infused Clique Vodka, which is super easy to make. Slice up one cored gala apple very thinly and cover with one bottle of Clique Vodka in a glass leakproof container. Shake the jar or bottle once a day for about 3 days, or until the Clique Vodka smells sweetly of apple, and has turned golden brown color, then strain out the fruit.

The other secret ingredient for the “Johnny Appleseed” is used for both sweetness and spice, and that’s a cinnamon syrup. To make a batch, bring 2 cups of water and a broken up cinnamon stick to a boil for about 10 minutes, then kill the heat and stir in 1 1/2 cups of sugar until completely dissolved. Let cool, then strain out the cinnamon pieces.

Now that you have all the ingredients ready to go, fill a mug 3/4 of the way with apple cider and stick it in the microwave for about 2 minutes or until it is steaming hot. Add in a shot of apple infused Clique Vodka along with a dash of cinnamon syrup, and you’ll never think about heating up apple cider alone ever again! Well, unless you’re trying to help your friends #CliqueIntelligently that is!