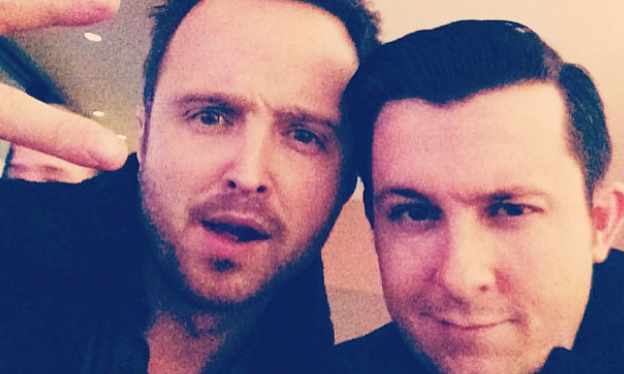 Comedian and Magician, Lee Terbosic, had a run in recently with a very familiar face – Aaron Paul. He is better known as Jesse Pinkman from what is considered the greatest TV show ever, Breaking Bad. Lee just happened to be down at the Rivers Casino in Pittsburgh at the same time as Aaron Paul who was in town filming a new movie. Lee then decided to showcase some magic for the young movie star right in the middle of the casino…. Yeah Bitch!